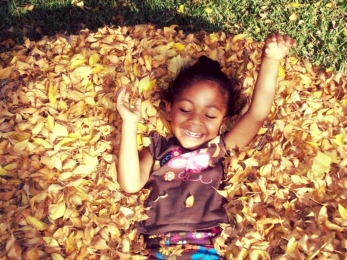 Fall, also known as autumn, is a time of change.  The autumnal equinox occurs in the month of September when the sun slowly moves south.  Weather grows cooler and tree leaves change hues. Farmers work long hours to harvest crops grown through the spring and summer months.  Many mark this time of year with fall festivals and other celebrations.

Consistent with theme of change, Chocolate Storytime guests learned about a change of heart from our country, 80 years overdue.  In 1936, 18 African American athletes left the Berlin Olympics with 14 medals, a quarter of the total medals won by the U.S. team that summer.  They returned to a segregated United States, where the American public mostly celebrated their victories–but their president did not.

years later, the athletes–16 men and two women–received their overdue recognition by President Barack Obama Thursday when their relatives visited the White House for an event honoring the U.S. team at this year’s Rio games.  Of the attendees was our very own, Kathy Robinson Young, daughter of Matthew “Mack” Robinson, silver medalist in the 1936 Olympic 200 meters in Berlin, and niece of baseball Hall of Famer Jackie Robinson.

Robinson Young and her granddaughter, Makarah, came directly from the airport from their visit to Washington D.C. to share their experience with Chocolate Storytime guests.  The kids were very attentive as Robinson Young told the children about the legacy of her father and uncle.  Many of them were already very familiar with the Jackie Robinson Park, as well as the two sculptures in front of City Hall, but they were even more engaged as Robinson Young told them about her connection to them.

visit to Washington, Robinson Young and her brother were also special guests at the 1936 Black Olympians Family Welcome at Georgetown University, and attended the special screening of Deborah Riley Draper’s documentary, “Olympic Pride, American Prejudice.” The film traces the stories of the 18 African American Olympians, including silver medalist, Mack Robinson, who returned to America after the Summer Olympic Games in Germany.  To watch the trailer, click here.

This Month’s Picture Books and Crafts

This month, we read 3 new books.  The first one was Can One

Balloon Make an Elephant Fly? by Dan Richards and illustrated by Jeff Newman.  It was a whimsical book about a mother and son exploring the ways to make an animal fly, but in very different ways.  The book had sparse text and subtleties that piqued the imagination and encouraged participation from kids of all age groups.  Although there was 5 minutes allotted for the book reading, it could have easily lasted 20 minutes.

The next book, another theme of travel by air, was selected by a majority of boys ages 4 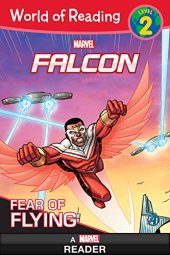 to 11 years old.  In Fear of Flying by Nancy R. Lambert and illustrated by Ron Lim and Rachelle Rosenberg, Marvel character, Falcon becomes afraid of flying and is forced to confront some unusual non super-powers in order to help a friend out of a tough situation.  This is a Level 2 in Marvel’s emerging reader program, “World of Reading” and a great choice for reluctant readers, specifically boys, who can relate to featured characters they love.  This was a big hit with the Chocolate Storytime male guests! 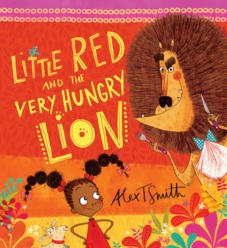 Our last book, Little Red and the Very Hungry Lion, was a recommendation from librarian, Rosa Cesareti.  A cute twist on the Little Red Riding Hood fairytale, Little Red goes on a journey through the safari and tries to convince a hungry lion not to eat her.  The illustrations are dazzling, and Little Red’s and the Lion’s hairstyles are really cute.

With the tunes of Curtis Mayfield playing in the background, kids and their families created beautiful fall lanterns, inspired by those created at Chinatown’s Mid-Autumn Moon Festival.  Kids used construction and copy paper, scissors, string, markers, crayons, and ink pastels to make their creations.  At home, they were encouraged to use them decorative faux lights to hang from light strings, trees, and more.  See more pictures below. 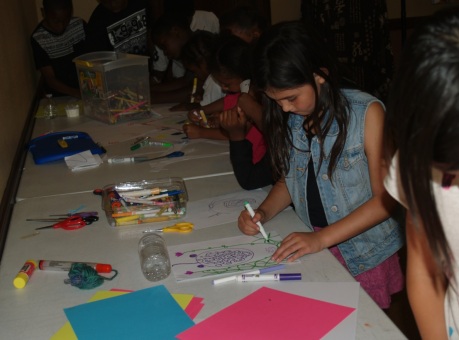 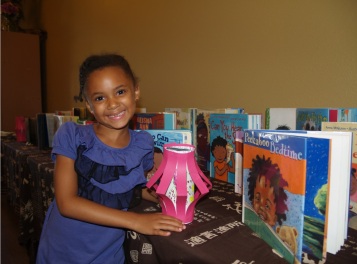 The Chocolate Storytime leader is a wife, mommy, daughter, sister, and friend who loves motherhood; doing her baby's hair in corn rows and afro puffs and baby hair; reading and listening to stories; shopping at thrift stores and garage sales; laughing loud with her sista girls; walking around in the backyard barefoot; creating stuff and experiences and visuals; documenting history and paying homage to everyday folks, unsung heroes and innovative trailblazers; celebrating goodness in the hood; and nurturing friendships with good folks, old people, and community advocates. View all posts by Chocolate Storytime